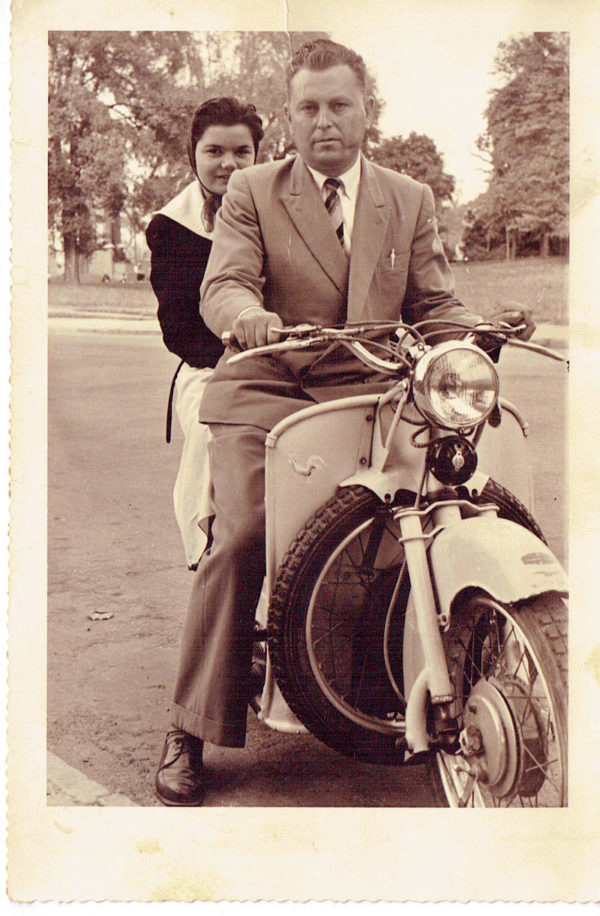 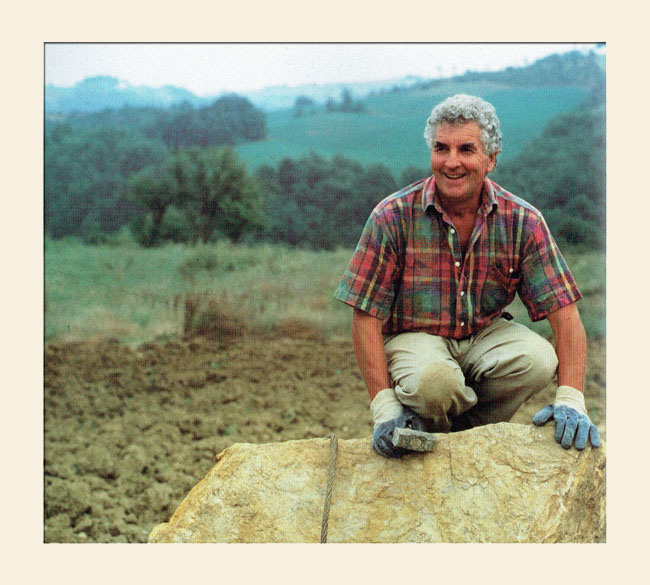 Staying with us means much more than taking a relaxing holiday in the scenic Canavese hills. When you come to Le Antiche Pietre, you are in fact entering a 70-year history of struggle, choices and willpower of all the people that have worked this hillside. Yet with all that difficulty, there is also a history of love for the nature of the land.

It started in 1947. The war had just finished and Alfonso, a kind man from Abruzzo, fell in love with our beautiful hilltop and decided one Sunday in spring to buy the land. After many tireless hours working with his many friends, they slowly moved tons of stones (often by hand). Slowly but surely, these stones became the walls and rooms of a beautiful Villa sitting atop the Serra.
I met Alfonso in 1980 thanks to my father Giancarlo, who was in love with Dorita, Alfonso’s daughter.

Even Papa Giancarlo felt a special connection with the land and with the stones. He had come to Ivrea in 1964 to join in to the industrial boom of Olivetti, where he began his career as a researcher and quickly became an avid collector of stones and minerals of the region.

It wasn’t long after that my brother Massimo, Mamma Sandra and I, we started to follow Papa Giancarlo through the Canavese mountains and in the Val D’Aosta. He had an infallible « nose » for discovering minerals, some that later became famous such as the Vesuvianite of Epidoto, the Essonite Granites, the Demantoids and the giant quartz (some of which are visible in the central salon of our B&B).

In short, le Antiche Pietre had weighed down our military-style backpacks since we were 10 years old, as we helped our father and began to love this land. It is easy to understand how this passion has become the common thread that links all our lives to the fantastic world of ancient stones. The time passed and through a frankly painful generational change, fate has now handed me the task of carrying forward the memories and deeds of these extraordinary people: Alfonso, Giancarlo, Dorita, Massimo.
The B&B Antiche Pietre could not have been called otherwise.

The Ancient Stones are and will always be the Stones of Alfonso, who moved them with great effort to create this villa, the work that makes up the Stones of Dorita, the memories in the Stones collected by Massimo. Yet there is also our private collection of Minerals, some Giancarlo’s beautiful works, the Stones of the Via Francigena, the Stones of the remains of the Roman aqueduct, whose remains run behind the B & B, the stones of the Castello di Bollengo, and finally the great and ancient stones of the Serra Morenica that surrounds us.
Besides the stones there is also, and could not be otherwise, a love and a great passion that has guided me and my partner Iryna, in recovering all this despite great effort. In the end the thing that gave us the strength to continue even when everything seemed to stand against us was the firm will to pass on and make known the history of the people who lived and worked in this house, and thanks to which you can now live an extra extraordinary experience.
Alessando and Iryna